His bony fingers turned the gold band over and over as he rocked back and forth happy in the knowledge that his true love was back in his hands once again.

I always felt that Smeagol or Gollum whichever face you choose to bestow upon him received a bad rap for his outwardly creepy exterior. Perhaps if he were the handsome hero and the ring had been his female counterpart then being so blindly obsessed would have been considered sweet or endearing for his persistence. If he were the guy who fought for his true love and never gave up, the one in the film that had been deserted, rebuffed yet got himself back together to fight for the girl. If he had been the knight in shining armour, fighting through wild forests and battling the dragon to get that princess back in his arms again then they would have all loved him unconditionally.

Yet because the source of affection is just a placid lump of metal the whole passions of the creature becomes trivial and humorous. So funny in fact that in a cinema when the scene between Smeagol and Gollum came on and he had an argument with himself over his precious, a huge wave of laughter began and made everyone turn and stare.

Except myself who was too busy shrinking down in my seat trying to pretend I wasn’t with that date!

Timing is so precious!

Which witch was it that stole my sandwich?

I bet it was that one form Norwich,

where all the kids can see her frown

and throw pumpkins, and other things

at her face and scowl, until she sings

Until she owns up to being a thief

and causing me to stand and seethe

Just you wait you  silly witch

How dare you mess with my sandwich!

Ok so this was a fun prompt! Go join  in the fun with   Linda G Hill – SOC Prompt

Is it a bit too early in the day for this? Ah what the heck! *grins*

END_OF_DOCUMENT_TOKEN_TO_BE_REPLACED

She heard the screams before she realised: it was her own throat producing them. Instead her mind was firmly fixed on the heat, and the rope, and the searing pain behind her eyeballs as her flesh melted into the hemp. Closing her eyes tightly to block out the acrid smoke, she tried to gather her last bit of energy in a struggle to get free. The flames licking at her heels were no longer the biggest threat, if she couldn’t get her wrists free from the knots, she knew it was game over. She had always been a fighter but failure seemed inevitable.

He knew this as he threw the lighter into the carefully prepared bonfire, she had set his heart aflame and then torn away any hope he had for the future. He said he would return the favour as he said his goodbyes.

To begin again is always the hardest thing.

Facing that blank page is daunting; it screams out in its purity, gives rise to palpitations and forces us to consider our options for the first time in a long time. It’s easier to carry on the story, pick up where you left off last time. The knowledge that you can recap and maybe gain an idea that you were heading towards, so that you can carry on with this in mind. It’s easier and comforting, when you have your base characters and plot worked out you can somehow spring from this much smoother than beginning afresh. Whether this is because the carrying on from old stock just means you are merely filling or that it just makes you more secure: I’m unsure. Perhaps it’s the opposite and it’s the new beginning that is just too daunting. There is too much potential to fail, too much that could go wrong, and so, under the pressure of all ‘the could be’, we simply freeze.

IT’s just that initial burst, that first nudge, the one little but huge step to get us across the starting line, once this happens then we can easily adapt to the new scenario – yet sometimes it seems too hard to start.

Quite possibly the largest number of singletons or loners found within one group at any one time. This quaint little coffee shop, a hive of activity for writers and readers alike. They swarm from trains and buses, tumble in from the street to find themselves a lone corner or quiet table from which to write their lives on the pages. Words conjoining to find meaning within inked lines, a master watching the beauty, as they swirl into being, taking form in their growth. Gnashing and gnarling, devouring everything in proximity before their inevitable death; then a refill of espresso to help the writer’s block. 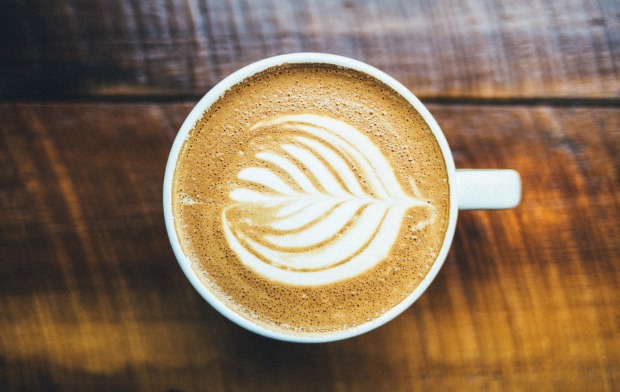 Ever get those days when you feel on the very edge of change and you fear somewhere deep inside that something unknown is about to snap and leave you blowing about in the wind. You get that little unsettling feeling in your stomach as it lurches towards the what ifs and the who knows, and the knowledge that you are not in the safe and secure place that you imagined yourself to be in.

END_OF_DOCUMENT_TOKEN_TO_BE_REPLACED

Hair
My hair is a sprawling nest of endless wires that lashes out in angst but fuzzes and fizzles under pressure. Like me, my hair is wild and unyielding, or at least the person that I want to be. More likely my hair is like me because it is messy and stubborn, not one to be trapped into a style and will break free from restraints even if they are helpful.
I cannot seem to trap my hair, beneath hair slides and bobby pins the way other women can. Those ladies with the luscious locks than can wear sleek styles and look like Audrey Hepburn or the girls that can scrape their hair into a loose pony tail and look classically lovely: why can’t my hair do this? Instead i’m left looking like a severe headmistress or a tomboy.
My mother always told me ‘you are your hair’ and I never really realised while growing up that this was actually a really mean thing to say. I know how she meant it (i think), i guess she was trying to tell me I looked nice with longer hair yet at the same time instilling in a small child that she can only be worth something because of her hair: parents really do fill you with the faults they had eh. Perhaps this also helped with my absolute dread of going to a hair dressers .Which reminds me I really should go get my hair cut, it has after all been a few years now…

Ok so that isn’t a particuarly pc rhyme but this was triggered and remembered from an old poetry book I had as a kid (this happened before from a SOC) , though I’m starting to think that this wasn’t exactly a book meant for children, at least not the age I was anyhow. But regardless we are trailed off the subject matter here.

Would or wood? the same sounds yet very different meaning it just gets confusing as so many things in life can do. If only we could see the wood from the trees or perhaps we should be hoping we can see the trees instead of just wood as all I seem to be seeing recently are trees being pulled down to make way for roads and building, and one day soon I worry I will wake up to find that I’m living in a concrete street. Yes it might be easier to maintain with no gardening to worry about etc but surely we should be valuing nature surrounding us at a much higher price.

Recently I saw a blog post which made me smile as it gave me hope that Spring wasn’t too far off and I’m looking forward to the days getting longer and the crisp bright mornings. I’m even looking forward to seeing if I get a new family of starlings in the garden this year, wouldn’t that be grand.

Bring on the Spring!

This post was inspired by the prompt from Linda G Hill

I’m lost with days
I just don’t know
If I should come
Or I should go
It’s been three days
Since I last slept
It’s clear my brain
Now seems inept
It’s floating now
a caffeine haze
Neurons firing
Thoughts ablaze
Letters jumbled
Words in fog
Lips are twitching
Eyes agog
Something stirring
Feeling near
Try to focus
All that fear
I know it’s stuck
Inside my head
But please I need
To go to bed.

In the material and spiritual realm

A soul telling your mind what your heart bleeds for.

They exist. I can taste it.

Theme Park at its Darkest

Text in ya face

thebeewritesdownloads.wordpress.com/
Chitkala Mulye
Let Me Tell You the Story of...

A writing blog by H.R.R. Gorman

Songs of Sirens and Stars

The musings left behind by my mind...

Pain goes in, love comes out.

The blog is dedicated to the people which care about their goals, dreams , actions including the ones that have paused , slow down or even stopped moving forward.

Notes Tied On The Sagebrush

On Adventure Through Creativity
tantalizing tales to tell

Random Blether Spilling From my Brain

My life is a work of He.art

Welcome To The Crone's Studio

This & That Including What Ails

Creativity Is The Key

The Musings of a Crematorium Worker

Life , death and everything in between

Will you think about me?

Let me finger you to your dreams...

"The work will teach you how to do it." - "Le travail va vous apprendre à le faire." 09-23-18 ..... I am temporarily on hiatus, attending to matters of health and well being. I will return as soon as possible.

Carpe Diem; It's my peculiarity.

Poetry from Walsall and Black Country poet Richard Archer since 2011

We struggle, we win

An exploration of writing and reading